Chastity is just one way of driving a male submissive crazy. Mistress Summer Day rubs her warm latex pussy against the chastity cage, sliding up and down denying his cock any pleasure. The slave will only be feeling frustration while enslaved to her. 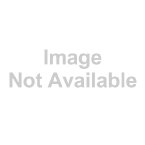 Mistress Summer Day is in the mood for an orgasm so she decides to use her favorite pussy licking slave’s tongue to get her off. Sitting on her queening throne so her slave will have proper access when licking her pussy and clit she sits commandingly right on her slave’s face. She is in a generous mood and actually allows him to worship her without being locked in chastity. Of course this is not to get him off, or even for him to enjoy his own pleasure, but rather it allows her to tease his exposed cock. She does so cruelly with feather light touches of just a single finger, all the while reminding him that his cock will never enjoy the perfect pussy he is licking.

The first part of this clip shows a Mistress Vixen photo shoot, as Mistress Vixen is wrapped in a warm jacket between shoots her naked slave moans about he cold and asks for a cigarette. Mistress Vixen decides to show him who is boss, she leashes him and makes him crawl to look at a pond he should have cleaned yesterday, he gets a close look as she forces his head under water. Mistress Vixen now dressed in thigh boots and an awesome latex outfit moves inside and flogs the slave for his misdomeanors, between flogging he worships her amazing boots. She tramples him which gives us some amazing images of her tits which the latex manages not to cover.

Chris falls asleep and dreams of his perfect domination scenario, being a slave to three hott, busty, blonde centerfold models. The sexy bombshells Summer Brielle, Tasha Reign & Courtney Taylor take turns using and abusing his ass, his holes are filled at all times as they spit-roast his bitch ass.

No cock is too big for a slave’s asshole and Mistress Summer makes sure to prove that fact. She loves a good challenge but will always win in the game of stuffing a slut-boys tight hole to the max.

When Mistress Summer Brielle and Olivia Austin team up no slave’s ass is safe from getting fucked and filled! These two Dominant Women are hungry to pound some man ass and they only have one bitch to satisfy their greedy cocks.

Mistress Summer Brielle bitch slaps him across the face with her feet then uses his face as a foot rest. Mistress Summer orders he open wide and then gags him with the toe of her shoe, “How does the filthy bottom taste?” Mistress Summer thoroughly humiliates her pathetic man-pet and puts him in his place quickly as a slave for her amusement.

Goddess Lexi Sindel and Summer Brielle team up to turn their slave’s tight ass inside out. No hole is left unfucked as they take turns viciously stretching his slut hole!

Slaves should always serve selflessly, especially when it comes to pleasure which is why Mistress Summer Day keeps her boys locked in chastity. She orders him to stick out his long tongue and get to work while she smothers and grinds her wet cunt all over his face to orgasm.

Chastity devices need frequent maintenance in order to remain hygienic so we focus our chilly garden hose onslaught on their groins for some much-needed cleaning, enjoying the incidental cbt. Ever notice how women always seem to find cbt hilarious? We are having a great time in this clip.

Every slave wishes and dreams to have their cock locked up by a beautiful Sex Goddess like Summer Day. That is until their fantasy becomes a reality and are teased to the point of extreme sexual frustrations like they have never felt before.

Mistress Summer Brielle perches her ass on top her slaves, she sits on his face like a throne fit for a queen. She completely covers his airways with her round ass, his nose squeezed between her cheeks.

There is nothing more rewarding than being given the pleasure of worshipping a Woman’s feet… especially when they are ripe with her scent of being in pantyhose and leather boots on a hot and sweaty day. Before he knows it the slave will become completely addicted to Mistress Summer’s extra smelly size 8 feet.

Miss Summer Brielle knows how to keep her man in line… Good old fashioned Blackmail. What would all his colleagues and friends think of him if they knew underneath his manly exterior is a submissive strap-on swallowing bitch.

Mistress Summer Day allows her slave the reward of having his cock drained, but she insists on teasing him thoroughly first. She jerks his cock right by her pussy then slides it in between her asscheeks. Summer keeps building up his load, she puts on a cock milking machine to bring him right to the edge.

Mistress Summer is as dominant as she is beautiful, males naturally want to obey and follow her orders. Mistress Summer loves having her pussy licked and worshiped, she straddles her slaves face and orders he worship her cunt.